Staircase railings are one of those things people tend to take for granted. Even if you never reach out and grab a hold of one just knowing it’s there if you need it provides a huge psychological lift most folks are not even aware of. But imagine if you were to descend the stairs and suddenly the railings were gone. The experience of descending those stairs would be more like descending a mountain instead of descending stairs only not as safe, because on the mountain at least you’re tied to someone else for protection.

Handrails are must-have elements of any house, like a front door. They also happen to be subject to strict building codes that cover nearly every aspect of their physical structure including:

And so on. No matter what you may think of staircase railings you’re going to have to address them from an aesthetic angle at some point, because the government says you have to have them. So here are some things to keep in mind when choosing railings for your stairway.

Handrails are one of those essentials that get very little attention until they save someone from serious injury or it’s time to replace them. But railings are as important as stairs themselves. Fortunately, like stairs, they can be shaped and finessed until they transcend their utilitarian purpose and become essential interior design elements. Give the professional stair builders at Stair Star a call and let us help you decide what type and style of staircase railings are right for your home. 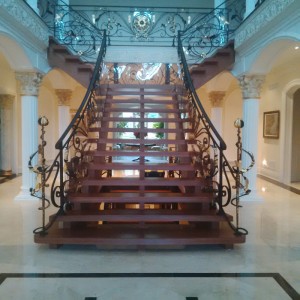 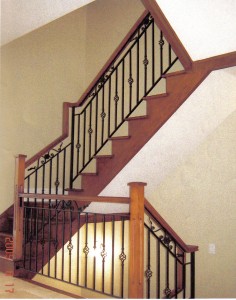 Best price in town, took under an hour to remove and replace new stairs with solid oak wood all around except risers. Gus went out the way to even provide few extra wood steps and 2 nose piece. Will use again.
- John Jackson